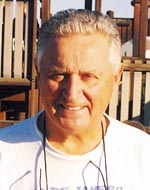 1-847-902-9426
Objective:
Looking for permanent or temporary work as captain or first officer or mate on private yachts (power or sail), excursion boats, charter boats, work boats, or ships. Or doing deliveries on or between Great Lakes, All Coasts, Caribbean, Mediterranean, anywhere. Able to travel on short notice.

Qualifications and Summary:
See Licenses and Certificates above.
I’ve spent much time in the computer business.
I graduated from the U.S. Merchant Marine Academy.
I have worked as captain on private yachts, captained various excursion boats and charter boats, and worked as mate on ocean-going ships and workboats.
I have worked as AB and Bosun on ships.
I have done delivery work.